Uncategorized by bpender on July 21, 20160 Comments

Well after a full day of MLB yesterday, we get a smaller Thursday slate of evening games. Nice to ease into the weekend like this. Like slowly sliding into a warm bath. If the bath was made of cheap, light beer because we have a game at Coors. Oh baby, it’s bath time! 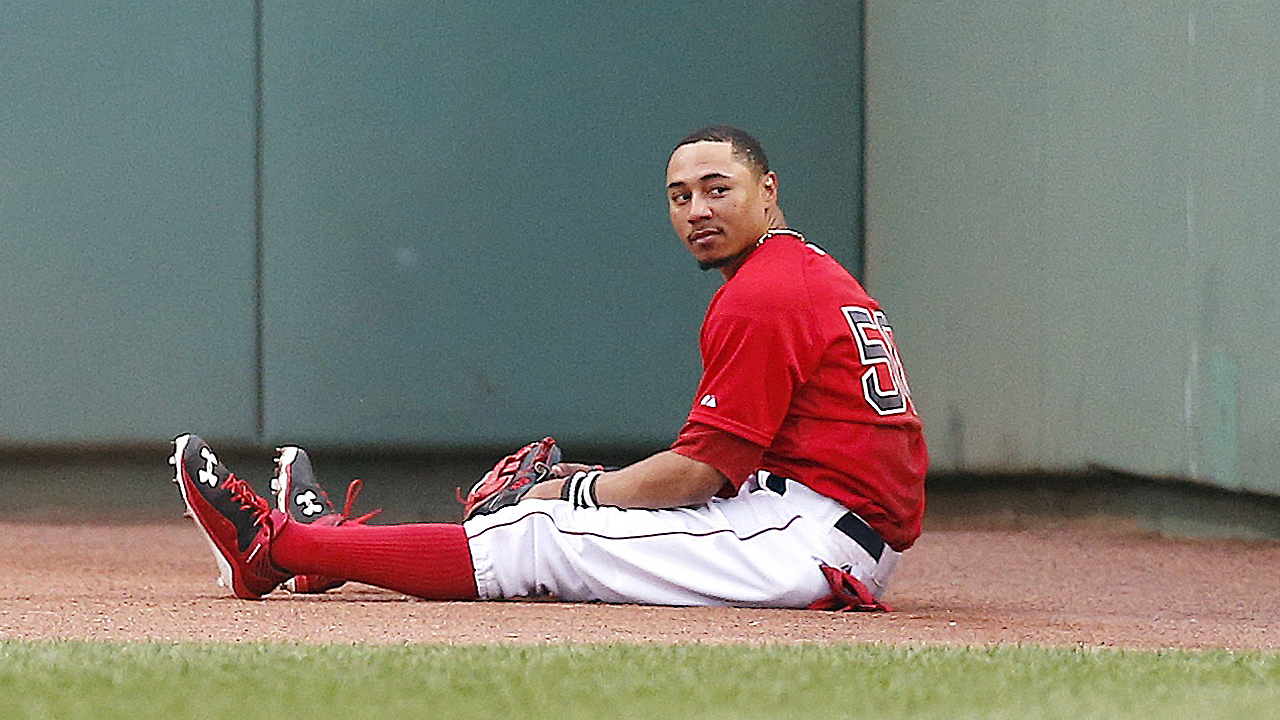 rosario at the plate. nap time.

If you’re craving safety, you’ll probably feel at least okay-ish with this pick. Wainwright’s not the guy he used to be, but he’s been pretty good this season if you wipe away a horrendous April, with an improving xFIP in each successive month. But arbitrary end points aside, the matchup is a nice one. The Padres have been marginally better lately, but they’re still one of the worst offenses in baseball against RHP, with an upside-boosting 24.5 percent K rate in the split. And when it comes to upside, Wainwright could use a little help. He’s never been a big-time strikeout guy, and his whiffs have been in decline over the last few seasons as injuries and age have taken a toll. That said, like the rest of his stats, the Ks have been much better lately. He fanned more than a batter per inning in June, which is better than double what he was doing in his first five starts of the season. The Cards are also a massive favorite (-230) as of this writing, and we always like to see that. So if you plan on stacking in the optimizer tonight, you can opt to lock Wainwright instead of taking the generated result.

I’m going to be very honest with you: Pitching is awful today. Every game on the slate has an O/U of at least eight, and there are no "safe" or "cash game" plays outside of, Adam Wainwright. I’m not going to lie, I got excited when I saw Stephen Strasburg was taking the mound today, but then realized he was pitching in the early only slate. That broke my heart. What I’m trying to say is that the pitching options aren’t pretty today (so manage your bankroll accordingly).

Yes, Sonny Gray has an ERA over five, but he sports a 4.29 xFIP, which shows us that he has not been as bad as his ERA suggests. Additionally, he owns a 54.4 GB%, which will helps him out quite a bit going up against this powerful Rays’ lineup. And finally, the Rays will strikeout as evidenced by their 24% K rate against righties. Gray is cheap on DK which helps slide him into the SP2 slot.

The game is in Coors after all (remember the bath?) and the Rockies have the highest implied run total on the day (6.9 as of this writing). While Folty is a somewhat decent arm (8 K’s per nine, 4.01 xFIP) there’s only so much a pitcher can do in this park. Guys like Charlie Blackmon and Carlos Gonzalez are in the better side of their splits and I’d even roll Nolan Arenado in a reverse platoon situation. The runs are just much going in. It’s a tough fade in cash games considering the Rockies aren’t priced out of consideration with pitching relatively cost effective. So if you want to move on to other teams, you might consider just plucking 2 guys, like Cargo/Arenado or Cargo/Blackmon, and give the next stacking option a look when optimizing lineups tonight.

The Red Sox will be playing at home in Fenway, a hitter-friendly park, against a pitcher who owns an ERA over five. It doesn’t get much better than this folks. Not sure what else I have to say to get you on board, but if you’re not yet; maybe this will do it: The Red Sox rank 1st in wOBA (.354), 1st in wRC+ (117), 5th in ISO (.188) and 1st in OPS (.831) against right-handed pitching. David Ortiz isn’t hitting like a guy headed toward retirement with an OPS over 1.000 and top of the order guys like Mookie Betts and Xander Bogaerts have seen a small price dip in the short term. It doesn’t get prettier than this; this is where you can almost fade Coors in tournaments with the Sox coming at advantageous price points. Keyword ‘almost’. Because… Coors.

Good luck tonight and if you have any questions regarding the mlb optimizer just give us a buzz in the help/contact link above!