Uncategorized by bpender on July 22, 20160 Comments

Welcome to another exciting Friday edition of daily fantasy baseball. We have another night where it might pay off to stack the bats and save up at the pitcher position, especially on FanDuel where you only need 1 SP. Madison Bumgarner sits atop the pitcher salaries tonight but only comes in as a small favorite on the road against the Yankees who only strikeout 17% of the time vs. southpaws. There are some other mid tier options who come in as big favorites tonight and will be in favorable spots to pick up the win. Let’s take a look at the slate. 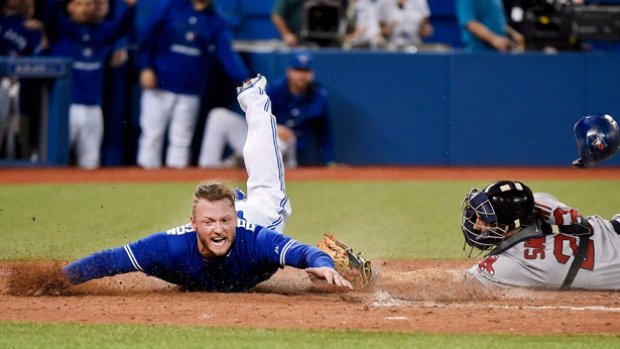 Roark is one of these pitchers in a great spot as the Nationals open the series against the Padres as -230 favorites. In his last four starts plus two innings of relief, Roark has limited opponents to six earned runs in 31.1 innings bringing his season ERA down to 2.82 to go with a 3.67 xFIP. The Padres present a great matchup as they rank 29th in wOBA and wRC+ vs. right handed pitching while striking out 24.5%of the time. Roark is safe in all formats tonight.

The Brewers lost 5-3 to the Pirates yesterday and struck out a whopping 13 times making Francisco Liriano look elite again. Believe it or not the Brewers are even worse against right handed pitching as they rank 23rd in wOBA(.306) and have an absolutely horrible 26.2% strikeout rate. Hammel isn’t a dominating presence with his 7.56 K/9 rate but should definitely get a bump today. I think the Brewers can make it back to back games where they make the opposition pitcher appear much better than he actually is.

The Jays welcome the Mariners to town for a weekend series and game one has the Jays pitted against another southpaw in James Paxton who just hasn’t been able to get it together this season. In nine starts he has allowed 72 hits in 53.1 innings pitched and holds a 4.53 ERA and the xFIP of 3.81 suggests his numbers are not going to improve much going forward. He has limited the long ball(8% HR/FB rate) this year but could get into trouble tonight vs. the left smashing Jays who have quickly jumped up the ranks of team batting vs. southpaws. They now rank 8th in wOBA(.332) on the season and carry a 105 wRC+ against lefties into tonight’s matchup. Consider stacking them in the optimizer and look for some fireworks and a short outing from Paxton.

The Rockies are at home in Coors Field and will be the chalk again tonight. IF you are looking for a pivot with similar upside I suggest rolling with the Red Sox who have scored 24 runs in their last two games. They lead all of baseball with 529 runs scored so far this season and also rank #1 in wOBA(.359) and wRC+(120) vs. right handed pitching. They get another favorable matchup vs. a weak righty in Kyle Gibson tonight. He has struggled to a 5.12 ERA and 4.39 xFIP this season with a below average strikeout rate(6.39 K/9) and awful walk rate(3.41 BB/9). Look for the Red Sox to keep piling on runs as they now try to hold onto the top spot in the American League East division. Another good night for BOS as an optimized stack.