Uncategorized by bpender on July 27, 20160 Comments

It’s a double slate of baseball, but we’ll cover the shorter evening slate of games here. Today’s biggest theme is how much quality pitching takes the bump. The afternoon featured Bumgarner, Strasburg, Carrasco and Conley among others. But the evening has it’s own arms as well.

This glut of arms do make the hitter decisions a bit closer, but there’s value there as well. 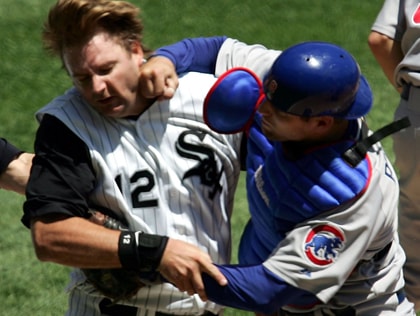 McCullers is a high upside play today in a matchup against the Yankees who are only projected for just over three runs tonight. He is a bit of a mystery as he comes with huge K upside (11.52 K/9 for the season) but has had a ton of issues with walks (5.37 BB/9). He has been able to control the ERA(3.33) and xFIP(3.27) as he is serving up 57.2% ground balls. The Yankees don’t strike out a ton (18.7% vs. RH pitching) but they also don’t walk much either which should help neutralize the awful walk rate. McCullers has also been a much better option at home this season with a 2.39 ERA and has limited opponents to a .239 average. I don’t fully trust him for cash games but think he makes a great GPP play tonight and worth some exposure in the optimizer.

If the Rangers can put together some offensive production for Darvish tonight he will be an elite option. In his two starts since coming of the disabled list he has struck out 20 batters in just 10.1 innings and it appears they will stretch him out past 90 pitches tonight. While the A’s don’t strikeout a bunch vs. right handed pitching(18.1%) they rank 27th in wOBA(.301) and 24th in ISO(.145). I feel comfortable with Darvish in any format tonight though I understand the risk is there with the pitch count. If you think his pitches are managed then it’s a bit risky.

Stacks
Chicago Cubs vs. Anthony Ranaudo (White Sox)
Park – Wrigley Field
The Cubs are currently projected at around 5.5 runs tonight at home in a great matchup vs. the White Sox. I can easily see them going over that total as they face a complete gas can in Anthony Ranaudo. This will be his first start of 2016 after making two previous relief appearances. In those appearances he pitched 3.2 innings and gave up just two hits but an absurd eight walks which lead to seven earned runs. If he continues down this path as a starter today the Cubs could hit the over in the first couple of innings.

Minnesota Twins vs. Michael Foltynewicz
Park – Target Field
The Twins, as a team, are coming rather cheap on this slate with one of the higher run totals on the board. Right now we have them projected to score 4.78 runs against Folty (whose name I don’t even try and pronounce). The latter isn’t bad mind you with an 8 K/9 rate and a manageable 4.21 xFIP. But I love some of the prices on the Twins today with Eduardo Nunez and Miguel Sano coming cheap on both sites. The former adds speed to the equation which helps his floor and Sano has as much power upside as anyone in the game.