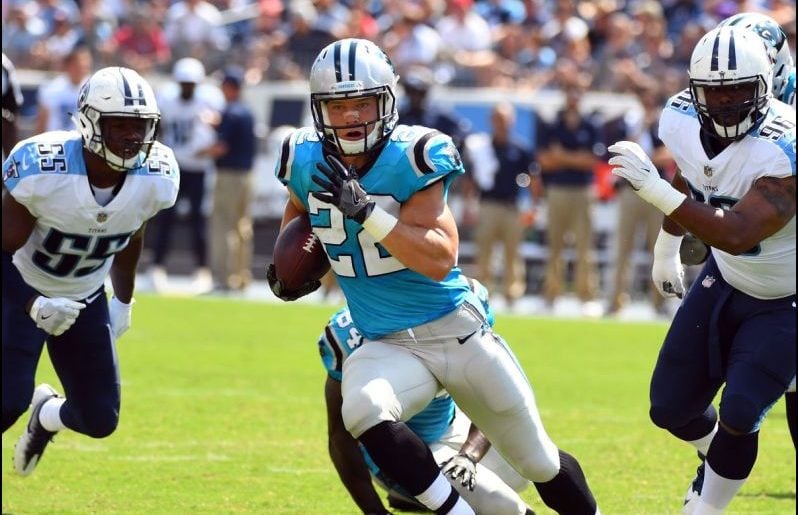 We’ve got two weeks in the books and now the DFSR DFS NFL Podcast for FanDuel and DraftKings is gearing up for Week 3 cash games.

Listen to the DFSR NFL Podcast on the Overime Media Network.

There are a number of different injuries that we’ll need to get news on prior to Sunday but the guys start laying out some of the safer plays for the week.

At quarterback, they discuss the passing volume of Kyler Murray in the new Arizona offense and how there’s so much safety for the rookie. They also look at Jameis Winston if not using the big ticket guys like Lamar Jackson and Patrick Mahomes.

Ezekiel Elliott enters the week as the clear running back option with possibly Austin Ekeler right behind him. They discuss Christian McCaffrey’s prospects if Cam Newton were to sit and if Aaron Jones is safe even with Jamaal Williams still getting a lot of snaps.

And finally, they look at some middle tier wide receivers like Larry Fitzgerald, Tyler Boyd and Emmanuel Sanders in addition to Sammy Watkins.

The DFSR Podcasts are part of the Overtime Media Podcast Network

For Episode 12 of the We Got Nets – Brooklyn Nets Podcast, the guys round up on recent Nets’ news and notes heading into the 2019-2020 season.

Listen to the full We Got Nets episode on Spreaker or Download the We Got Nets Podcast on iTunes.

They start things off with the announcement the Nets will give away 10,000 Kyrie Irving jerseys for the second game of the season against the New York Knicks. It’s a huge shout out to fans and a great way to welcome Brooklyn’s newest superstar to Barclays.

There’s also a discussion about the Nets’ current roster depth and how the core need of a power forward and athletic four really hasn’t been addressed and is made even muddier with the Wilson Chandler suspension and possibly some Rodion Kurucs legal issues.

At the end of the episode Adam and Doug discuss Spencer Dinwiddie’s contract and how he’ll offer it as an investment opportunity in the form of a digital coin under a bond structure. The guys discuss this move as it relates to the player empowerment era and what it could mean for future player contracts. 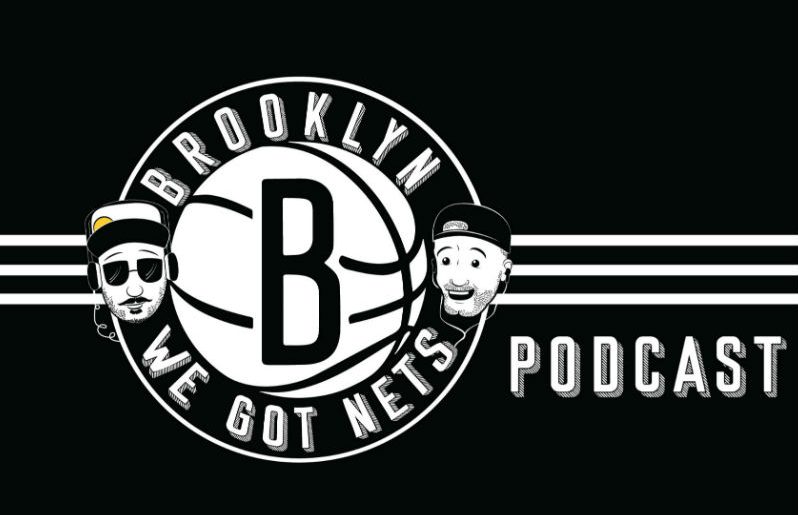 For Episode 7 of the We Got Nets – Brooklyn Nets Podcast, the guys are face-to-face from the summer cabin.

Listen to the full We Got Nets episode on Spreaker or Download the We Got Nets Podcast on iTunes.

They start off the podcast by discussing some speculation about the possiblity of the Nets not meeting full win and playoff expectations for the coming season. There’s debate about the *whys* behind those feelings (mostly from Doug) and some of the numbers that need to work out for the Nets to really improve on 2018-2019’s success.

Then they discuss the We Got Nets podcast philosophy after taking some heat from listeners about introducing some skepticism around the Nets’ short term future.

And finally, they look at some possible crunch time rotation possibilities and how the lack of power forward size could be a real problem heading into the season. All of this and more as the guys broadcast live from the WGN summer cabin.

We Got Nets – A Brooklyn Nets Podcast Episode 4: Kevin Durant and Kyrie Irving 7/1/19 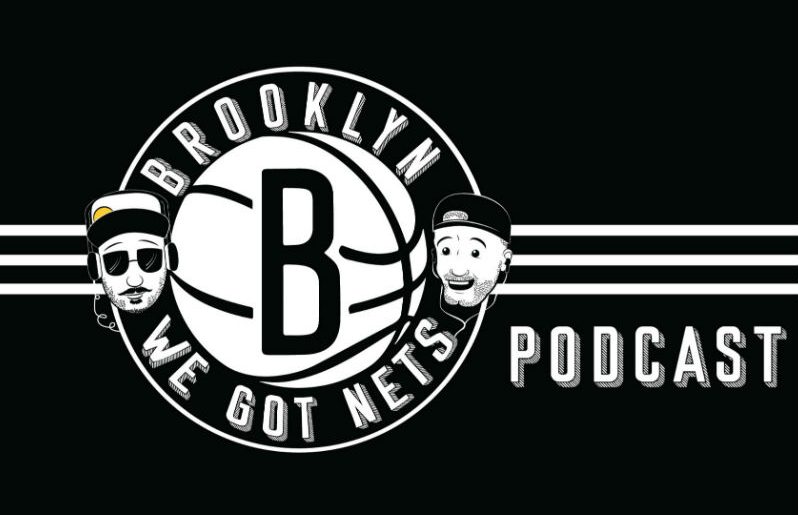 We Got Nets – A Brooklyn Nets Podcast Episode 4: Kevin Durant and Kyrie Irving 7/1/19

In Episode 4, recorded on July 1, the *first day* of free agency, the We Got Nets guys are back for their Brooklyn Nets Podcast breaking down the huge news of the day: Kevin Durant and Kyrie Irving officially became Brooklyn Nets by signing long term deals with the team. It was something of a shocker (on the Durant side).

Doug Norrie and Adam Armbrecht reflect on some of the things that happened to get Brooklyn in a spot to land two superstars in this free agency period and how the Nets will look going forward. They remind fans to remember Kevin Durant likely won’t play much (if at all) this season and they try to figure out what Kyrie Irving’s presence will look like replacing D’Angelo Russell in the backcourt.

There’s also some talk about DeAndre Jordan’s contribution in getting the two superstars in the door, salty/ devastated Knicks fans and much more. It’s a packed podcast and the We Got Nets guy break everything down.

We Got Nets – A Brooklyn Nets Podcast

We Got Nets – A Brooklyn Nets Podcast

Daily Fantasy Sports Ranking’s head of NBA content and projections, Doug Norrie, is starting a new take on the NBA with the We Got Nets Podcast, a Brooklyn Nets Podcast with episodes all offseason and during the season as well.

In the first full episode, the guys reflect a bit on the NBA Finals and what the Toronto win and Warriors’ injuries could mean for upcoming free agency as well as the Nets’ chances at landing a big star or two.

Then they look at the free agent landscape and what adding the much-rumored Kyrie Irving could mean for the team as well as some of the other players who should be on the Nets’ radar. They talk about his potential fit, or possible lack thereof, with D’Angelo Russell who is coming off a breakout season for Brooklyn.

Players like Jimmy Butler, Tobias Harris and even Khris Middleton are also discussed.

Listen to their first full episode on Spreaker:

The We Got Nets guys will be adding weekly episodes all throughout the offseason, discussing how the team is taking shape and what we can expect for the 2019-2020 season. Be sure to subscribe wherever you listen to podcasts.