Use Code “NEWYEAR40” at checkout for 40% off Seasonal Package
There are nine games in the NBA on Friday, leaving plenty of elite options to choose from for your DFS entry. In order to fit them in though, you need to find those cheaper value plays, or “sleepers” if you will, to help you bring home some money. Consider using the players below to hopefully end your night a winner. 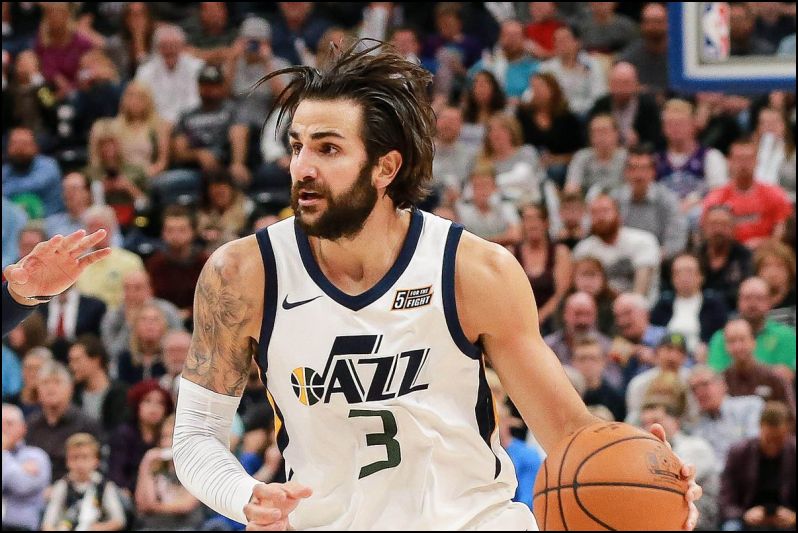 Rubio has seen his assists drop off dramatically in his first season with the Jazz, averaging only 4.8 per game. His previous career low was 7.3 in the 2012-13 season and he had averaged a career-high 9.1 per game with the Timberwolves last year. However, he’s showing signs of his all-around game improving lately, averaging 13.4 points, 4.8 rebounds, 5.2 assists, 1.8 steals and 1.6 three-pointers in his last five games. He’s still averaging 29 minutes per game this season, so he’ll likely have the ball in his hands enough to provide value Friday.

The rebuilding Hawks don’t have much depth, which has led to Delaney averaging a career-high 19 minutes per game this season. He’s coming off back-to-back solid performances against the Clippers and Nuggets where he averaged 9.5 points, 5.0 rebounds, 6.0 assists and 1.0 steal per game. This has the makings of a promising matchup against a Nets team that deploys a lot of small lineups and plays at the fifth-fastest pace (102.4 possessions per game) in the league. His upside is limited at best, but he can provide value at this extremely cheap price. 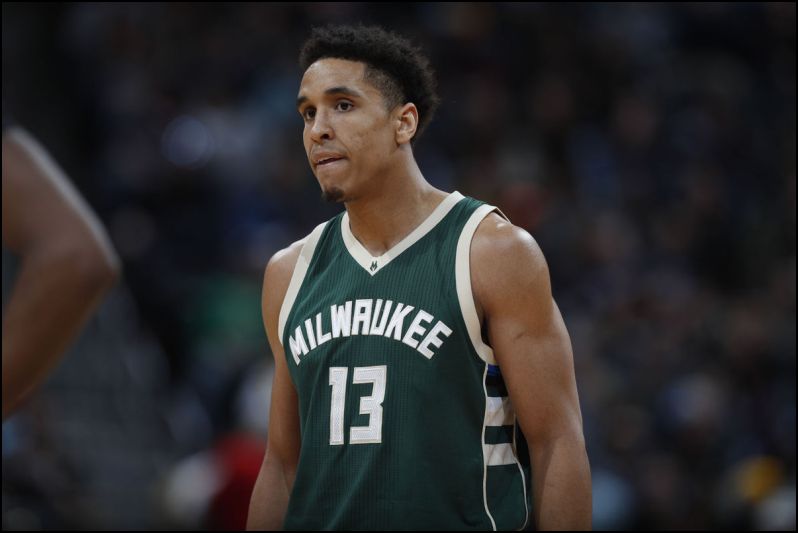 Brogdon has come off the bench for the majority of this season but has now started each of the last three games. He did start the first nine games he played this season but his numbers during that time period have to be taken into context because Eric Bledsoe had not yet joined the team. He has played well in the last three starts though, averaging 12.0 points, 7.7 rebounds and 3.7 assists per contest. The Warriors play at the fourth-fastest-pace (102.7) in the league and use a lot of small lineups, leaving Brogdon with an opportunity to shine in this game.

LeVert has done an excellent job helping run the offense with all of the Nets injuries this year, averaging 4.2 assists per game. Before missing two games with a groin injury, LeVert had at least 12 points, five rebounds, and seven assists in four straight games. He hasn’t played as well in two games since returning, but it shows what kind of upside he can provide. In his last game against the Hawks, LeVert scored 17 points to go along with two rebounds, six assists, and two steals. He is someone you should consider for your entry again Friday. 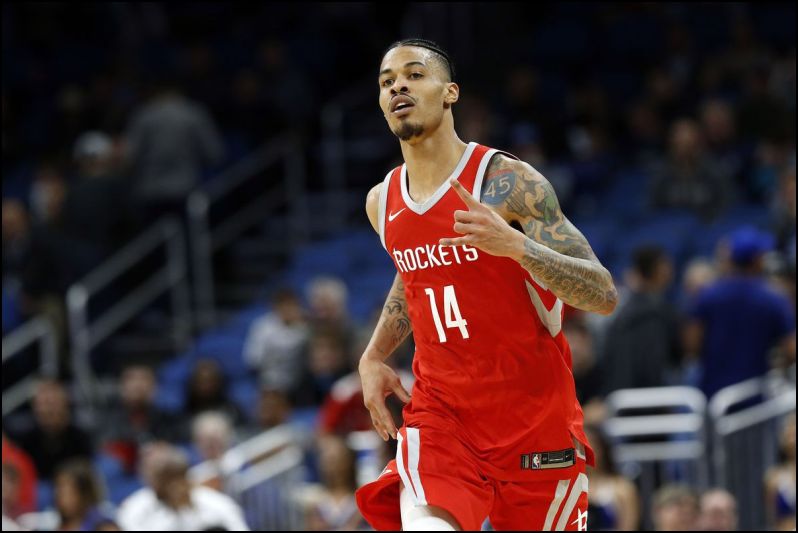 Green has helped pick up the slack offensively with James Harden (hamstring) out, averaging 19.0 points and 4.6 three-pointers in his last seven games. His usage rate is 21.7%, which is fourth-highest on the team behind Harden, Chris Paul, and Eric Gordon. Friday brings an excellent matchup against the Suns who play at the third-fastest pace (102.8) and allow the most points per game (112.1) in the league. Look for Green to score plenty in this game.

While Green’s value comes from his ability to score, Ingles’ comes from his ability to contribute across the board. It’s not sexy, but his averages of 8.8 points, 4.8 rebounds, 5.2 assists, 1.2 steals and 1.6 three-pointers provide value at this price. He’s averaging 31 minutes per game this season, which has led to career-highs almost across the board. The Hornets allow the second-most DraftKings points per game and the third-most FanDuel points per game to opposing small forwards, making Ingles someone to consider for this game. 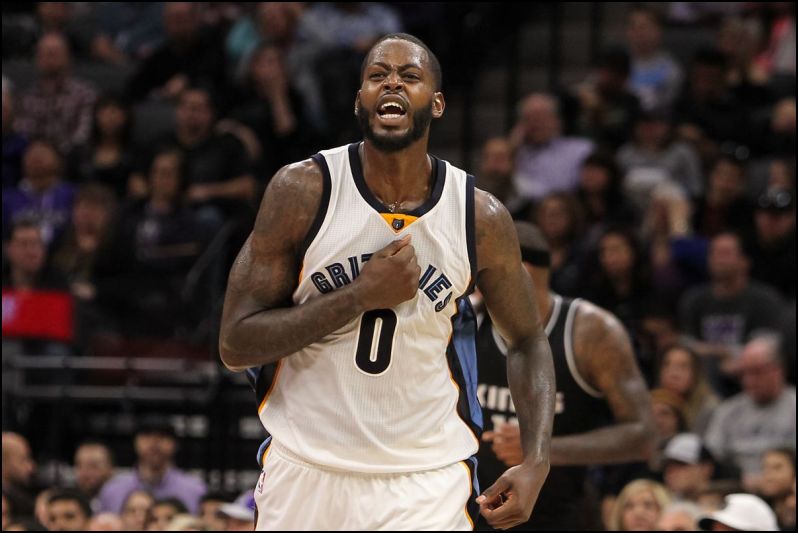 Green is coming off his best performance on the season when he scored 20 points to go along with 14 rebounds, two steals, and one block Wednesday against the Pelicans. One of the keys to his performance was that he played 34 minutes. He has played at least 30 minutes in a game 10 times this season, averaging 12.7 points and 7.6 rebounds in those contests. He could be in store for added minutes again Friday with the Nuggets going big with both Nikola Jokic and Mason Plumlee in their starting five. The Nuggets allow the fifth-most DraftKings points per game and the sixth-most FanDuel points per game to opposing power forwards, leaving Green as a nice option.

Bender will move into the starting lineup Friday with Marquese Chriss (hip) already ruled out. Chriss also left early in the Suns last game Monday against the Thunder due to the same injury. As a result, Bender ended up playing 39 minutes. He did not let the added minutes go to waste, scoring 20 points to go along with six rebounds, four assists, one steal, three blocks and a staggering six three-pointers. This has the makings of a great matchup as both the Suns and the Rockets are in the top-eight in the league in terms of pace of play. At this price, Bender could be the best value play of the night. 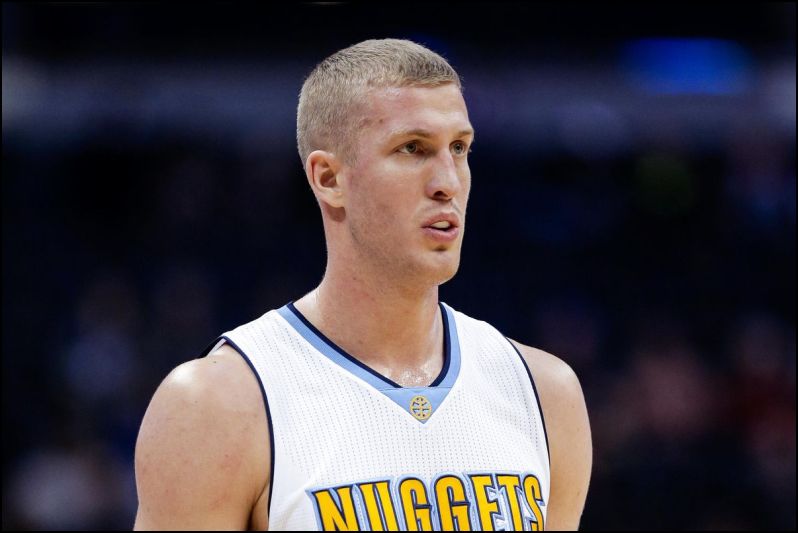 Plumlee has now started 19 of the last 20 games for the Nuggets, averaging 8.4 points, 7.5 rebounds, 2.7 assists and 1.4 blocks in his new role. He only averaged 17 minutes per game coming off the bench this season but has averaged 24 minutes as a starter. Finding cheap center options can be difficult, especially on FanDuel where there is no position flexibility. That being said, Plumlee should be able to average enough across the board to present a viable option.

Gortat had averaged at least 30 minutes per game in each of the last six seasons but has seen his role change this year. He enters Friday averaging just 27 minutes per game, playing at least 30 minutes in a game only three times in his last 20 contests. His numbers have declined as you would have expected, but he’s still averaged a respectable 9.1 points and 8.1 rebounds. Friday brings a favorable matchup against a Magic team that struggles to defend the center position, so Gortat could be productive even in limited minutes.